Membership Sites
It's What We Do for You!

People are often unreasonable, irrational, and self-centered. Forgive them anyway.

If you are kind, people may accuse you of selfish, ulterior motives. Be kind anyway.

If you are successful, you will win some unfaithful friends and some genuine enemies. Succeed anyway.

What you spend years creating, others could destroy overnight. Create anyway.

If you find serenity and happiness, some may be jealous. Be happy anyway.

The good you do today, will often be forgotten. Do good anyway.

Give the best you have, and it will never be enough. Give your best anyway.

Self-Discipline Is NOT for the Successful 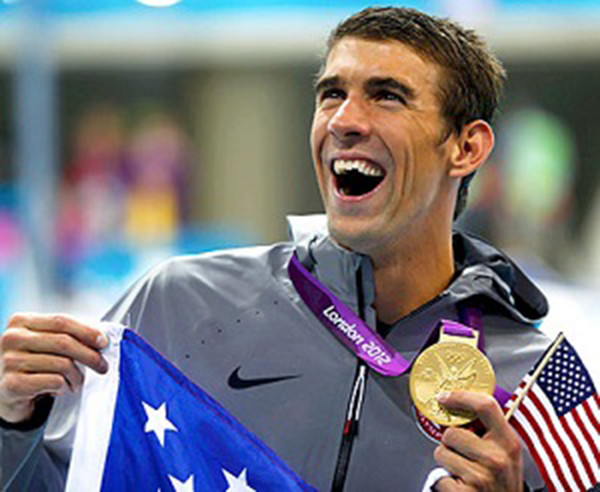 I’m reading the book, “The One Thing: The Surprisingly Simple Truth Behind Extraordinary Results” and got a totally unexpected lesson. It quotes Leo Babauta about disciplined living saying,

“It’s one of the most prevalent myths of our culture: self-discipline.”

I consider myself very self-disciplined. I train for marathons. Keep my weight under control. I do Yoga twice a week. You get the picture.

How can this book be telling me my self-discipline isn’t supporting my success?

Phelps was the classic ADHD kid. He couldn’t focus to save his life in elementary school. His coach, Bob Bowman, from age 11 said he spent a lot of time by the life guard stand for his disruptive behavior. Behavior issues have cropped up from time-to-time in his adult life as well.

Yet the same Bowman says Phelps’s ability to focus is his greatest strength. How can this be for someone as unfocused and ADHD as him?

From the age of 14 to the Beijing Olympics, Phelps trained 7 days a week, 365 days a year. Spending six hours a day in the pool. He figured that the extra Sunday workouts got him a 52 week advantage over his competition.

The chapter goes on explaining that self-discipline is best applied when forming habits. Habits are only difficult at the beginning. For example, if I haven’t been exercising, getting into the habit of working out is most difficult when I am starting:

However, after a period of time, and the book says the sweet spot is sixty-six days, it no longer requires the self-discipline it required at first. It becomes a habit that replaced the habits we had before so it becomes second nature.

My One Thing is now sales. I’ve always done sales but now my priority is to have my team replace me in delivering customer solutions. This requires me to reserve time for marketing and sales activities, commit time consistently to training my team on things I typically just do myself, and focus more effort on selling things my team without me is best suited to deliver.

It’s a real mindset change but once I get that habit in place (and that should be end of March if the 66 rule is right), my business will be in a much better place. More importantly, my stress level will be greatly reduced, because I’ll be focused on the things I do best and most enjoy doing.

I never thought I’d be giving this advice especially since my wife and three daughters read my blog but here it goes:

• Don’t be a disciplined person. Focus your discipline only selectively, building habits that support the one most important thing you want to accomplish.
• Build one habit at a time. This should support the One Thing that you’ve decided is the top priority for you.

Let me know what you think.

Your Competitor Is NOT Your Problem, Your Customer's Doubts Are

Dealing with the Horse Shit Right Is What Makes You Successful

Going to Prison Is Not So Bad

Memberium/LearnDash Decision: To Quiz or Not to Quiz